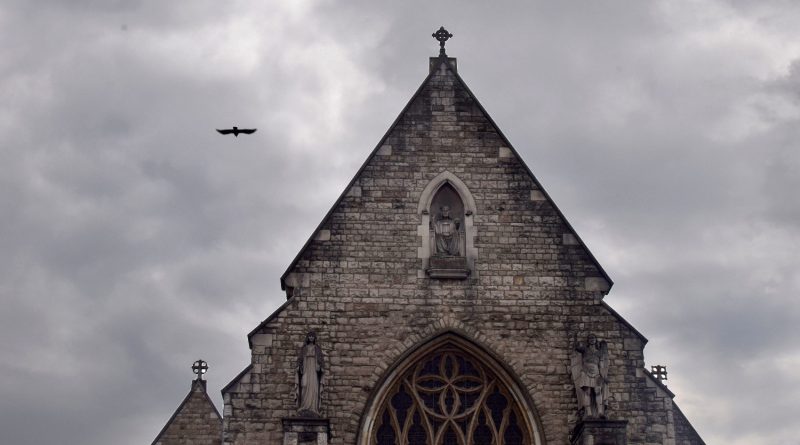 A TimeOut writer once labelled Commercial Road , ‘a four-lane monster roaring out towards Essex.‘ I went to the grand thoroughfare to see if there was credence to be given to the writers claim.

The same TimeOut article exalted the character of Commercial Street (a street in Spitalfields which has been gentrified beyond recognition) and warned the magazine’s wide readership to avoid mistakenly ending up on Commercial Road in their search for Commercial Street.

Ignoring TimeOuts advice, I stepped out of Limehouse DLR station and onto Commercial Road and admittedly, my immediate impression was not one of admiration.

Standing at the top of one of London’s main arteries, I was immediately engulfed in a cloud of acrid exhaust fumes left in the wake of the streams of cars pouring into central London.

In spite of my unseemly introduction, I persisted, intent on giving the road a fair hearing.

I had been told that Commercial Road possesses many architectural masterpieces, so I walked along in search of these relics, hoping to find threads that could connect me to the road’s past.

While this grand thoroughfare may offer a figurative route to the past, it also physically connects the two financial districts of Aldgate East and Canary Wharf.

Commercial Road was originally constructed around 1802 as a private toll road which locals were disallowed from using. The road connected the docklands with central London, operating as a route that moved capital stolen from colonised countries into the wealthier districts of the city.

As I turned left out of the DLR station I was soon brought to a halt by the beautiful, intricately patterned blue cobalt stained glass entrance of the Stepney Methodist Hall. Its presence a witness to one of the many cultural groups that have settled here throughout time.

The hall was designed by renowned architect James Weir who built the hall in 1907 for a group of Methodists that had set up the mission to “combat the poverty and squalor of the East End.’’

The motion of the many cars pouring into Central London carried me along the way to the Troxy Theatre, a thriving cultural institution, in recent years hosting a range of artists as diverse as Morrissey, Patti Smith and Kano.

The Grade II-listed building is an architectural masterpiece, a rare surviving example of the art-deco movement and is adorned with a broad symmetrical square face of cream brick and 3 tall, grand windows above its entrance.

The smooth façade of the theatre hides a fascinating history. Built in 1933, it was the largest cinema in England at the time and has hosted events as eclectic as cage-fighting and conferences for spirit gurus.

The editor of NME called it one of London’s “oldest, coolest and most iconic venues” when it was chosen to host the prestigious NME awards.

Leaving the theatre in my wake I continued southward toward the city. My journey brought me past another relic of the past, one of the many rows of Georgian terraces found along the thoroughfare.

The St.George’s cross draped across the exterior of this particular row made an impression on me. A loud expression of Englishness, fitting for a road which seems like a microcosm of contemporary England, constantly changing, moving, its inhabitants diverse, its architecture echoing stories of the past.

Reaching 446-450 Commercial Road, I came across another shining fragment of London’s history. Although no plaque exists to commemorate the fact, it was at this address in 1941 that London’s first mosque was founded.

The mosque was built to meet the needs of the many Indian, Bengali and Punjabi seamen who inhabited the East End at the time.

Feeling the life being sucked from me by the hot May sun, I stopped into St.Albert’s gardens for a rest in an oasis of green. Sitting in the shade below the canopy of towering trees, I lazed briefly on a bench among other tired travellers with the same idea.

The park is surrounded by Grade II listed Victorian terraces, and from the cool park bench I again found myself admiring the architectural beauty of this ‘monster’ of a road.

After a few minutes I peeled myself off of the bench to continue my journey through this haven of protected buildings, beginning to feel the thirst from the late spring sun.

My inner eye turned towards the thought of pints so I kept my two outer eyes peeled for somewhere that might serve a decent pint of Guinness.

My search for a pint drew me further along Commercial road, past Steel’s Lane Health Centre, an imposing red brick embodiment of a Victorian past.

This building once contained the East End Maternity Hospital, founded in 1884. At the time of its foundation it was the only Maternity hospital for the East End, which had then a population of a million people.

A 100 yards down from the health centre I could see a place to quench my thirst, the iconic George Tavern, one of the oldest and most unique pubs in the East End.

The 400 year old pub has been used by Grandmaster Flash and Justin Timberlake for shoots, but has still managed to maintain the atmosphere of a true East End boozer. It seemed like as good a place as any for a Guinness pit stop, so I headed towards it.

On my short walk to the pub, I passed through the shadow of the Gothic revivalist behemoth that is the Church of St Mary and St Michael. Another Grade II listed building, this grand stone church was designed by William Wardell, a pupil of Augustus Pugin who built Westminster.

When constructed between 1852 and 1856 it was the largest Roman Catholic church in the capital. It boasts an impressive face of Kentish ragstone with Bath stone dressings and a sloping black slate roof.

The sheer magnificence of this building put to bed any lingering belief in the claims that this road was a ‘four-lane monster’, and I was coming to the conclusion that the TimeOut writer had failed to scratch beneath the surface of this storied route.

Across the road from the church, the Guinness was thick and creamy, with that familiar faint note of coffee. It wasn’t perfect but it was as good as London Guinness gets, and refreshed, I continued my journey down the wide thoroughfare.

Just down from the pub I noticed the Synagogue of the congregation of Jacob, another mark of a cultural community that settled on this road. Although its pale blue and white exterior may seem unremarkable, the presence of this sacred building reveals more of the past to us.

This was the first Mizrachi Synagogue in Britain, founded in 1903 by orthodox Jewish immigrants from Eastern Europe. Contemporary scholar Dr.Sharman Kadish called it ‘’one of England’s last intimate folk-art Eastern European synagogues.’’

I moved on, having passed traces of the Methodist, Catholic, Muslim and Jewish communities which have made this ‘’four-lane monster’’ their home, and which have left some architectural wonders in their wake.

The sight of the towering glass financial giants of Aldgate hanging heavy in the skyline, informed me that my journey was drawing to a close.

I passed one more stop of note on my way back to Whitechapel High Street. Watney Market, which emits the age-old scent of the East End, fish, spices, and fruit mingling in the air, spilling out onto the road.

After a day filled with wonder at the architectural beauty and depths of history to be found along the road, I remained unconvinced by TimeOut’s diagnosis.

To me, Commercial Road is a microcosm of the East End. Along my walk I saw community and heritage. I heard people greet one another with familiarity in English, Arabic, Bengali, Hebrew, German and French. I saw a constant state of flux, the movement of cars and people.

On Commercial Road the multitudes of the past are concealed behind the impressive facades of buildings, and the living effervescence of this creole city’s present is everywhere to be seen.

If you enjoyed this article you may also like to take a trip through Banglatown.

One thought on “Discovering the unsung beauty of Commercial Road”