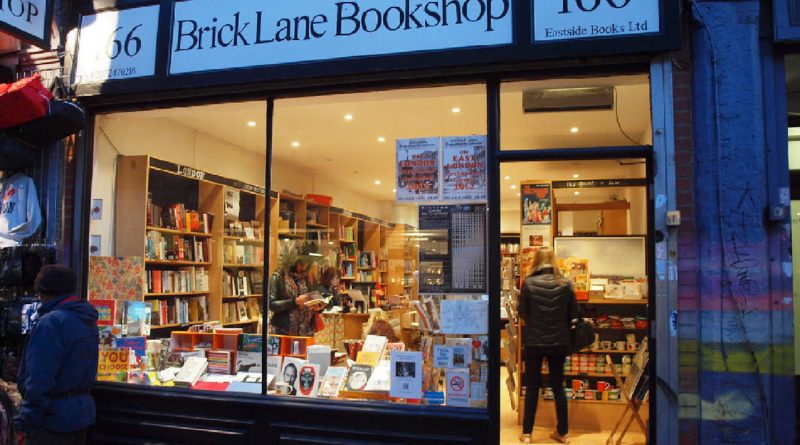 Whitechapel and Brick Lane are notorious for their pulsating street life and much lauded curry houses. However, what is so rarely mentioned about the environs is that one of London’s most varied selection of affordable bookshops also resides here.

Each of the area’s bookshops offer an entirely different experience, each shop possessing a unique character of its own. You can find shops with a millennial feel and others with a more traditional atmosphere. One possesses the largest anarchist publishing house in England, another hosts one of the most substantial Islamic collections in London.

If you are in search of a sweet escape in the pages of a book and want to shun the often extortionate prices of Charing Cross Road and Bloomsbury, a journey through the manifoldly unique bookshops of Brick Lane and Whitechapel will not disappoint.

The area’s bookshops, as well as offering massively diverse selections of literature, also act as important communal spaces for the area’s inhabitants, and each is, in its own right, a fundamental cornerstone of the community.

The plain old style, black and white shopfront and the racks of books left sitting outside its entrance make this shop look like a traditional Parisian librairie.

However, on the inside, the space has the calm, hushed feeling of a typical independent British bookshop. The small room is crammed with a vast selection of literature and has one of the most wide-ranging collections of the shops in the area.

Brick Lane bookshop also possesses a particularly extensive collection of both novels and historical texts about the East End if you are looking for local work.

The shop has been an important site for fostering creativity for the community since 1978 and it continues this tradition through its Short Story prize which provides exposure and financial support for young aspiring writers.

Libreria is situated at the bottom of Hanbury Street off Brick Lane. It has the aura of a real independent, milennials bookshop. With its mustard yellow walls, dim lighting, and wooden floor the place has a homely feel.

Little cozy wooden pods are built like alcoves between the shelves for people to sit in and read, and there is a table and seats by the back wall as well where people can relax and fall into the worlds of their books.

The inviting space and the categorization of the books, which are organised according to themes such as ‘Wanderlust’, ensure the customer is constantly being introduced to new books and ideas they may have otherwise not encountered in traditional categories.

The staff are also particularly warm, helping to guide you through this space’s unusual arrangement.

The bookshop functions as a genuine creative community space, hosting a full cultural programme of events such as risograph printing workshops in its basement.

This small hole in the wall bookshop is open for business from 10 a.m. to 6 p.m. on Saturdays and Sundays in The Tea Rooms of the Old Truman Brewery.

This independent shop specializes in 19th and 20th century literature and possesses an impressive selection of rare and collectible titles as well.

The walls of the small space are lined with artfully arranged paintings and prints, which are also on sale.

This is the place for true aficionados of literature, the shelves donning a carefully curated array of masterpieces from canonical figures such as Woolf, Joyce, Gosse and Burns.

This bookseller and publishing house can be found down a narrow alleyway off 84 Whitechapel High Street. Its walls are shrines to Anarchism, covered in revolutionary pamphlets, papers and posters from all over the world.

The literature of stalwart anarchist theorists such as Bakunin and Kropotkin (who helped to found the press) line its shelves, as well as the work of lesser known anarchists and various t-shirts and items of anarchist memorabilia.

Freedom press is the largest anarchist publishing house in England and the oldest of its kind in the Anglosphere. Since moving to Whitechapel in 1968 it has acted as a communal space for political discussion – to this day hosting movie screenings and discussions.

The building has been attacked on several occasions in the past by people taking issue with its ideology. The most recent attack occurred in 2013 when significant damage was caused in a firebombing incident.

However, thankfully this historic press was salvaged by the political community it represents – managing to survive with the help of donations.

The Whitechapel Gallery Bookshop is nestled in to the right of the Gallery’s entrance. While selling illustrated books, exhibition catalogues and art-inspired gifts its shelves are chiefly stacked with books by cultural theorists and aesthetes.

This space has the typical feel of an art gallery bookshop; the avant garde design, the entirely impractical but rather modish circle of bulbs that adorn its ceiling, and the thick theoretical books that adorn its shelves.

Located next to the East London Mosque, this is one of the many shops selling Islamic literature on Whitechapel High Street.

This particular shop is the place to go if you’re searching for Islamic literature; possessing one of the largest Islamic book collections in London. Its high shelves and rails also store prayer essentials, cards, health products and clothing.

The common press is a radical queer bookshop and café on Bethnal Green Road. The shop chiefly stocks work by queer and marginalised people.

The bookshop, along with The Commons, a multimedia events space; and The Common Counter, a restaurant and bar, are collectively known as the Glass House Projects.

These spaces platform LGBTQ+ and other marginalised people and their work, and provide important meeting spaces for marginalised communities.