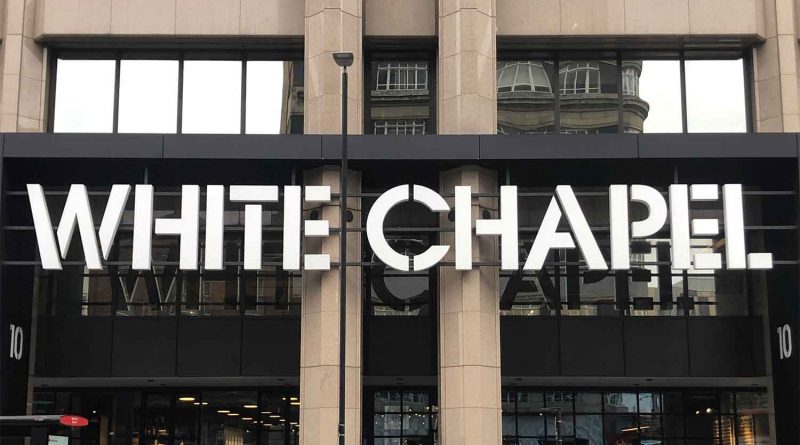 Following the murder of Altab Ali in 1978, East Enders of all races stood together to fight racism – and paved the way for community groups which continue to carry out essential work today.

Whitechapel is one of the most diverse communities in Britain; this has been true for a long time. It’s multicultural history begins with the influx of French Huguenots in the 1700s, through to Jewish refugees in the late 1800s and then Bangladeshis from the 1950s onwards. Now in 2021, approximately 25 percent of the Bangladeshi diaspora live here.

Those coming from less diverse parts of the country may not be used to the different cultures, constantly intermingling. The daily markets where traders of all ethnicities passionately sell their wares, shoulder to shoulder. The massive East London Mosque, just a short walk away from the beautiful St George in the East Church.

But for the locals of Whitechapel, this is the norm. People from all backgrounds live, work and socialise together, their similarities a cause for unity; their differences for celebration. This is Whitechapel as we have come to know and love it.

On a day-to-day basis, it is a place of strong multi-ethnic cohesion. Whitechapel’s Bangladeshi community has, however, been met with challenges of racism and discrimination over the years – which East Enders of all races have united to stand against.

The Murder of Altab Ali

A stand-out event in the history of anti-racism in Whitechapel is the murder of Altab Ali. On 4 May 1978, Altab Ali was stabbed in a racially motivated attack on Adler Street, next to what was then St. Mary’s Park.

He was a 25-year-old textile worker, just making his way home. At trial, his three killers would later admit they attacked Ali simply because he was a “Paki”.

Racist attacks such as these were unfortunately prevalent at the time. The National Front, a far-right facist party, was gaining support across the country for its racist populist agenda. On the day Ali was murdered, the party gained 10 percent of the vote in Tower Hamlets.

In 1970s Whitechapel, it was not unusual for racial slurs to be shouted at people of colour on the streets, nor for racist violence to regularly occur. Catalysed by parties like the National Front, a small but dangerous group of first-generation Britains were empowered to point their discontent at an easy target: immigrants.

This was a difficult time for many Bangladeshi immigrants living in the area. The regular acts of racist violence and discrimination causes constant tension in the community. For too long, the issue was not adequately addressed by local authorities, leading many to feel completely helpless. A few years ago, the BBC spoke to some British-Bangladeshis who experienced this time in the area’s history first-hand.

The murder of Altab Ali was a turning point for anti-racist campaigning in the area. Although campaigning was already underway in the years preceding Ali’s murder, this event would spark an unprecedented backlash against the racism which had underpinned the last decade. The following years saw real change take place.

Ten days after his killing, 7,000 protestors marched behind the coffin of Altab Ali towards Downing Street. The event was organised by several British-Bangladeshi youth groups, such as the Bangladeshi Youth Movement. Through these bodies, young British-Bangladeshis could effectively organise anti-racist action.

Groups like this focused on protecting the British-Bangladeshi community, as well as increased Bengali representation in British politics. Their members – largely second-generation Bangladeshi immigrants – were demanding to be equal citizens who could live without fear in the country they were born.

After a number of sit-down protests by these groups, the National Front was driven out of their offices near Brick Lane within the year. Action such as this would continue throughout the 80s and 90s.

In 1982, the first Bengali politicians were elected to Tower Hamlets council. They were the independent candidate Nurul Haque and Labour’s Ashik Ali. Nearly thirty years later, in 2010, Rushanara Ali would be elected as the Labour MP for Bethnal Green and Bow, making her the first person of Bangladeshi origin to be elected to the House of Commons.

The area has also undergone several changes in the past three decades to celebrate the multiculturalism that has come with the changing community. A standout event was the completion of the East London Mosque in 1985, giving Whitechapel’s Muslim population a place where they can commune.

Later, in 1997, the southern portion of Brick Lane (famously home to many Bangladeshi-owned restaurants) was officially renamed “Banglatown” by the Council. A year later, St. Mary’s park would also be renamed as Altab Ali park, a tribute to the man whose murder sparked a whirlwind of change in Whitechapel.

Last year, the Tower Hamlets Council unveiled the Altab Ali House in Wapping to ensure his name will live on.

Following this, the council has recently announced their intention to propose four more council building name changes across the borough after local community heroes of the past.

Today, there are a number of groups that operate in Whitechapel and elsewhere to encourage community cohesion, promote Bangladeshi heritage, and combat modern day racism in all its forms.

Nijjor Manush is a national independent campaigning group which aims to educate and empower British-Bangladeshis in the UK. The group has recently ramped up their campaign against the proposed redevelopment of the Truman Brewery on Brick Lane into a shopping mall. They describe the plans as ‘social cleansing’, arguing that it threatens to displace Brick Lane’s long standing Bangladeshi community.

Community cohesion is also an ongoing process, with several groups dedicated to empowering British-Bangladeshis and promoting their heritage. For instance the Bangladeshi Youth Movement, formed around the time of Altab Ali’s murder as an anti-racism group, now focuses largely on issues such as housing, training and employment.

The Swadhinata Trust is another Bengali community group which works to promote Bengali history and heritage amongst young people. Alongside the Four Corners film studio, they launched the Brick Lane 1978: The Turning Point project last year. The project aims to create a record of the events surrounding this time and raise awareness of them. Keep an eye on the project page for updates if you’d like to learn more.

Thanks to years of tireless campaigning, Whitechapel is now much more diverse and tolerant than it was just a few decades ago. However, when we talk about the history of anti-racism anywhere in the world, it should not go unstated that the record is still being written. Groups like these continue the work of those that came before, furthering the cause of racial equality in Whitechapel and beyond.