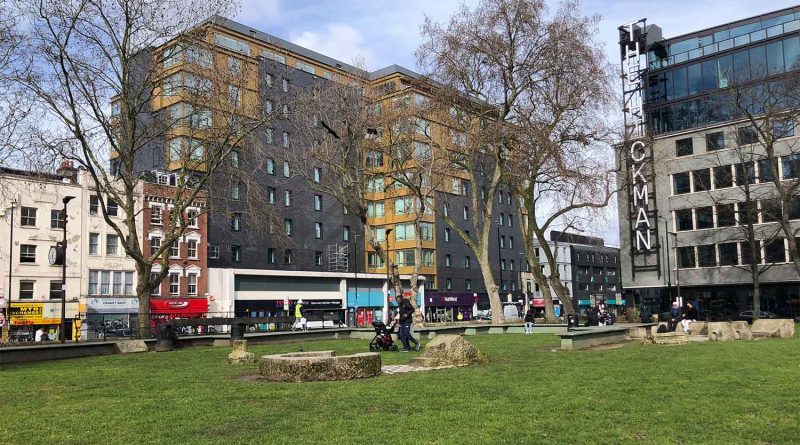 Whitechapel is home to many sites of cultural heritage, local talent and some of London’s best independent Bangladeshi eateries. The area’s history is uniquely multicultural and it is the perfect place to appreciate the British Bangladeshi community.

Whether you’re just visiting the area or have lived here for years, Whitechapel has so much to do around every corner. There’s plenty of entertainment venues, eateries offering varied cuisines and intriguing history to be discovered. From the architectural gems both new and old, to some of the biggest markets Tower Hamlets operating throughout the week, Whitechapel is full of things to see and do.

In 1998, the park was renamed in memory of Altab Ali, a 25-year-old Bangladeshi resident of Whitechapel. Walking home through Adler Street on 4 May 1978, he was murdered in an unprovoked racially-motivated attack by three teenage boys. This kind of violent racism was common in the East End at that time.

The park is a celebration of shared cultures and represents a better era for Whitechapel where everyone is welcome. Written on the central path is a verse from Bengali poet Rabindranath Tagore: “The shade of my tree is offered to those who come and go fleetingly”.

The Altab Ali Park is the heart of Whitechapel, a great place for picnics, hanging out or just a quick coffee for locals and visitors alike.

Established in 1901, the Whitechapel Gallery has displayed many world-renowned artists in its 120 year history including Picasso, David Hockney and Frida Kahlo. Under the direction of Iwona Blazwick, the gallery continues to deliver groundbreaking exhibitions and shine a light on new talent.

Alongside its exhibitions, the gallery also runs a cafe and bar from the building for hungry passers by. Here you will find coffee and cakes everyday from 10am, which on Thursdays, Fridays and Saturdays, transforms into a bistro bar. Providing a seasonal menu with locally-sourced produce, the cafe is worth visiting whether you’re visiting an exhibition first or just fancy a light bite.

The building’s distinctive white bricks, grand arch and golden leaves make it an unmistakable fixture of Whitechapel High Street. We recommend you keep this one on your radar – they’ve always got something new for you to discover.

Tower Hamlets is home to around 117,000 Muslims with many being based in Whitechapel. The East London Mosque is an important location for this community, providing them with a place to worship and celebrate their religion. It is the largest mosque in the UK, able to accommodate more than 7,000 people.

You’ll want to stop by the Mosque for its grand architecture alone. Completed in 1985, the golden dome and three Minaret towers are amongst Whitechapel Road’s most unique staples. The Mosque also offers regular tours during normal times, allowing you to gain a deeper appreciation of Muslim culture and practices.

Opening in 1740, the Royal London Hospital has been caring for the people of the East End for nearly 300 years. The museum is located on Newark Street, in the former crypt of St Philip’s Church, a grade II* listed building opposite the hospital.

Each display tells a chapter of the hospital’s story from the early days right up to the present. The collections shown are often changed, with a few permanent exhibitions. These include sections on notable figures such as the heroic nurse Edith Cavell, Jack the Ripper and Joseph Merrick, “The Elephant Man”.

Question: what connects the Salvation Army, Kray twins and Bobby Moore? Answer: The Blind Beggar – a great pub, with an even greater history. Built in 1894, The Blind Beggar is one of East London’s most famous pubs.

It is most notable for being frequented by the Kray Twins in the 60s. In 1966, it was here that Ronnie Kray shot and murdered rival gangster George Cornell, cementing its place in East End history.

Serving classic beers, hearty pub grub and boasting a massive beer garden, The Blind Beggar is an authentic East End pub. Often packed with people from far and wide, locals might want to try The White Hart, another great pub just across the road.

Whitechapel is known as a place where different cultures are celebrated and shared. Banglatown is a perfect example. This short stretch of Bangladeshi-owned restaurants, cafes and other retail businesses is located on the southern end of Brick Lane. Here you will find some of the best curry in the UK, serving authentic recipes often passed down through generations.

While at one point there were upwards of 60 curry houses in Banglatown, there are now just 21. However you can find many more dotted around Whitechapel, meaning you’re still going to be spoiled for choice. We recommend anyone new to the area takes some time to find their favourite.

But if you’re not staying in Whitechapel for long, we’ve got you covered. Nip over to Fieldgate Street and you’ll find Tayyabs, one of the area’s most famous curry houses. First opened in 1972, Tayyabs is family-owned and specialises in Punjabi cuisine.

The restaurant’s flashy racing green exterior and neon sign stand out, with a dining area to match. Since opening, they’ve gained a reputation as one of London’s best curry houses. Tayyabs offers a number of authentic Punjabi dishes to choose from, but their Chicken Tikka Masala won’t see you wrong.

Based in a grade II* listed building constructed as far back as the early 18th century, Wilton’s is a unique slice of history located between Whitechapel and Wapping. Operating as a multi-arts performance space since 2004, this is the good place to soak up some culture from exciting local talent. The venue’s interior is largely original, including the cast iron pillars, aged decor and large balcony. From within this beautiful space, a mixed programme of events runs regularly, including opera, theatre and live music.

And Wilton’s has more to offer. Next door to the grand auditorium, you’ll find Wilton’s renowned mahogany bar and restaurant space. We recommend you try one of the many locally-sourced craft beers on the menu – to be enjoyed alongside one of their legendary scotch eggs.

Running along Whitechapel’s central high street, Whitechapel Road Market is offers an authentic community shopping experience. Operating Monday to Saturday, 8am-6pm, the market has become a beloved fixture of Whitechapel since opening over 100 years ago. Here you’ll find an array of bustling vendors, selling food goods like fruit, vegetables, spices as well as clothing and electronics. You’ll no doubt find a great deal and bump into some of Whitechapel’s most charming salesmen along the way.

If you’re a fan of visiting markets, Whitechapel has plenty more to offer. For food and drink, look no further than Watney Market, open six days a week. And if you’re interested in fashion, you can venture further west to Petticoat Lane, which hosts a massive clothing market every Sunday.

First opening as a cinema in 1833 before a brief stint as a bingo hall, Troxy is now one of London’s longest-standing music venues. Since its reopening in 2006, the grade II listed building has hosted a number of massive acts including Stereophonics, Robbie Williams and Kano.

The venue is located near Limehouse station and its extravagant art deco exterior ensures you won’t miss it. Alongside live music, Troxy hosts many comedy nights and club events, such as RuPaul’s Drag Race tour which it welcomed in 2018. The variety of events gives people of all tastes a reason to visit the venue. For information about what’s on at Troxy, visit their website.