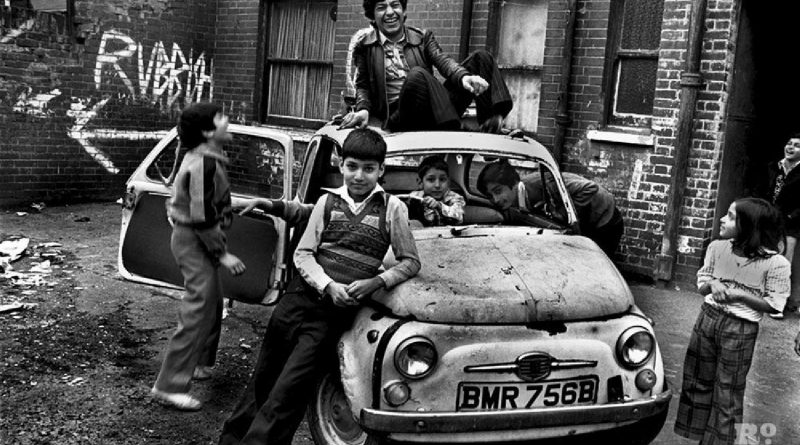 The successes of the 1970’s Bengali Squatters movement showed how direct political action could improve material conditions for tenants, as well as prevent the atomization of a community.

Today, as Brick Lane’s British Bengali community faces the potentiality of displacement at the behest of property development, a look at the triumphs of the squatters movement may contain lessons key to the community’s survival today.

The ‘Save Brick Lane’ campaign has already begun organising resistance to the developments, particularly the Truman Brewery development, but a repeat of the scale of mass mobilisation and bold direct action seen during the 1970’s may be necessary if Brick Lane’s Bengali community wishes to avoid dissolution.

Up until the 1970s, the East End’s Bengali migrant community had primarily consisted of men working in low paid jobs and living in shared accommodation. These men often commuted back and forth between London and the Sylhet region of what is now Bangladesh.

When the British State tightened immigration laws in the mid 1970’s, many of these men brought their families to London, fearing that the new restrictions on freedom of movement could permanently separate them from their kin.

Due to the legislation governing housing waiting lists it was difficult for migrants to qualify for council properties. As a result, the majority of newly arrived Bengali families found themselves in overcrowded, slumlike private housing.

As a means of improving their access to decent housing, the Bengali community took advantage of the relatively lax British laws on squatting, which had yet to be criminalised, and began occupying empty properties around Spitalfields and Whitechapel.

The families that did receive council flats were often left isolated on all white council estates, where they became victims of racist intimidation and violence. This violence forced many of those who had managed to receive state housing to also leave their council flats for the relative security of squats.

The squatting began in the late 60’s and by the mid 70’s the numbers of families squatting had swollen to the hundreds.

The formation of the Bengali Housing Action Group (BHAG)

It was at this point, in the Spring of 1976, that the Bengali Housing Action Group (BHAG) was founded by the heads of more than fifty families already living in squatted accommodation.

The organisation was set up with the aid of writers such as Mala Sen and Farrukh Dhondy, the radical black campaigning collective Race Today, and with practical assistance from squatting activists such as Terry Fitzpatrick.

Aided by Tower Hamlets Squatters Union, the BHAG opened up several blocks of flats to cope with the demand of Bengali families. At its height, one of these, Pelham Buildings, on Woodseer Street, had almost 200 families squatting in it.

The BHAG also protected Bengali people against eviction and set up vigilante patrols to defend the community against racist attacks.

However, despite the effort of the BHAG, British Bengalis faced continuing violence from the state, who cut their gas supplies and from the National Front, who firebombed squatted properties.

By 1977, the GLC, overrun by the sheer number of people living in squats, announced an amnesty, granting all squatters the chance to register and secure a formal tenancy.

The BHAG drew up a map for the GLC defining a safe living area for the Bengali community, which the GLC accepted. Bengali families were given tenancies in their squatted accommodation or new accommodation within the Whitechapel, Spitalfields area.

This map ensured that the community could remain safe and intact, establishing Brick Lane as the home of Bengalis in Britain.

The BHAG, through direct political action, had made their community capable of resisting the overt violence of the National Front and the covert institutional violence of a racist housing system.

It was through the work of the BHAG that hundreds of Bengali families were housed and given a corner of the city for their community to call home.

Although they had clearly made gains, the struggle for decent housing conditions is far from over for the Bengali community of Tower Hamlets.

According to a study by the Runnymede Trust, Brick Lane faced the highest level of gentrification in London from 2010 to 2016. Another report from the same organisation found that the Bengali community has been massively ‘excluded and displaced’ by this ‘process of regeneration.’

The ongoing gentrification of Brick Lane is likely to be accelerated by the approval of the controversial Truman Brewery development, which is projected to trigger a spiral in rents and housing prices, potentially driving one of London’s most impoverished communities to the margins of the city.

Having resisted the National Front and racist housing legislation in the 1970s and 80s Bengalis are now organising to resist against property developers.

If Brick Lane’s British Bengali community can resurrect their radical past and re-create a popular and organised mass movement on the scale of the squatter’s movement, they will stand a much greater chance of overcoming their Goliathan opposition and keeping their community intact.

If you liked this you may also like to read about the Save Brick Lane campaign.

3 thoughts on “Bengali Squatters movement: Can the lessons of the past help ‘Save Brick Lane’ today? ”